“Here’s to the crazy ones. The rebels. The troublemakers. The ones who see things differently. While some may see them as the crazy ones we see genius because the people who are crazy enough to think they can change the world are the ones who do.”

Evil is an emotive term. It conjures up images of hatred, deviant behaviour and pain. Evil is typically referred to when there is deviance from social norms. Formal deviance is the violation of laws, like theft, murder, and assault, while informal deviance involves violations of social norms, like lying as writes Julia Shaw in a recent Guardian article. Deviance can also describe a behaviour that simply diverges from what is expected by society.

Here, we can find the positives of being deviant. Deviating from expected behaviour can makes us heroes. When Galileo claimed that earth was not the centre of the universe, the church thought of Galileo as heretic. Steve Jobs was a deviant of our times launching the first iPod, iPad, or new business models like iTunes. Thinking creatively has given us modern medicine, a landing on the moon and the internet, but it has also given us nuclear weapons and fake news that threaten our political achievements.

It is dangerous for a leader to dismiss colleagues and their behaviour if they break with the organisation’s norm, if they can’t understand them. They run the risk of dehumanising them. It is a cliché to think of oneself as ‘good’ and others ‘bad’. It is easy to understand our own behaviour, even when we do things that are morally questionable, as we know the context of our decisions. But it is a difficult path to go down if the default is to write off colleagues when their actions deviate from what we consider acceptable.

But what if ones perceived deviancy is a cause for good?

From a leadership perspective we often explore whether breaking rules or pushing boundaries makes us more creative.

“If you can’t solve a problem, it’s because you’re playing by the rules.”

This poses the question, ‘Can you creatively break rules?’ ‘Can you become a controlled deviant?’

There is a fine line between creativity and chaos and often leaders are keen to make their teams more creative without giving them carte blanche to run riot. At CLP we like the phrase: If you can’t solve a problem, it’s because you’re playing by the rules.

At CLP we encourage leaders to embrace spirit and drive as long as these don’t fall into the trap of being destructive, malicious or formally deviant. It’s about finding the good side of the bad side.

If we look at the ultimate rule breaking work environment, Silicon Valley, they have actively encouraged creativity with the slogan ‘move fast and break things’. Progressive workspaces intentionally create physical and social spaces that are abnormal. Such controlled ‘rule-breaking’ can stimulate greater ideas and brave concepts.

So being creative can be ‘bad’. But don’t allow your creativity to be stifled by thinking this is a bad thing. Free yourself from the constraints of evil. Remember, we are human and humans are capable of great harm. It is okay to deviate from what everyone else is saying or doing. If you are more open to this you will avoid dehumanising those around you who are also deviating.

It is okay to realise that to be creative is to be deviant. Unfettered thinking is important, it is vital and it is much needed. The only control you should apply is switching back on your morality when your ideas turn into action.

It is okay to realise that to be creative is to be deviant. Unfettered thinking is important, it is vital and it is much needed. The only control you should apply is switching back on your morality when your ideas turn into action.

So, don’t forget: HISTORY IS MADE BY THOSE WHO BREAK THE RULES. 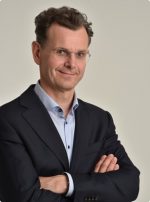