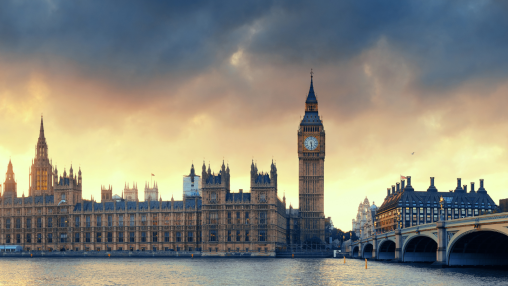 When Boris Johnson officially stepped down as Prime Minister on 6th September 2022, most political pundits and some of the Conservative Party wondered whether he would be out of the political limelight for long.

However, the rapid demise of his successor, Liz Truss, had some of his supporters urging him to come back sooner than expected – not from his constituency of Uxbridge and South Ruislip but his holiday in the Caribbean – to take back the reins of power.

Ultimately Johnson decided not to run again in the Tory leadership race. Whilst he had the support of cabinet ministers including (ex) Business Secretary Jacob Rees-Mogg and remained popular with some Tory members, many MPs were divided about his legacy and worried that returning him to office would revive all the scandals that brought him down. In a statement from him explaining his reasons for not running he said it “would simply not be the right thing to do” to mount a bid because it would divide his party.

And that is one of many reasons he remains a Marmite figure. There is no denying his political journey has been one of the most extraordinary of modern times.

He would argue he left office having never lost a national election. He delivered his party a landslide 80 seat majority. He got Brexit ‘done’ (ish). And he oversaw the successful rollout of the UK’s vaccine programme.

But his time as leader of the Conservative party and Prime Minister didn’t end well. The very traits that got him the top job proved woefully at odds with doing that job effectively. He found that you cannot be mired in bad headlines for months on end and carry on as if ‘there’s nothing to worry about’.

Ultimately it was the way Johnson ran his government, his famously loose relationship with the facts and the demise of his USP – popularity with the voters – that proved his undoing. Once trust had evaporated, it was only a matter of time.

Back in April we looked at what can be learnt from his leadership style because at that time he was still surviving controversy and had been in power for over three years.

Read > What can we learn from Boris Johnson’s Leadership?

We dissected his larger-than-life leadership style and looked at what could be learnt from it.

As a leader he appealed because of the following:

But his downfall, as we predicted, came down to trust. Much of what has befallen Johnson in the latter half of this year was of his own making. Johnson is an intelligent man so deep down he will know that. However publicly he has never admitted that. There have been no apologies, no regrets, and no admittance of failure. The closest he’s got is his acknowledgement that he divides opinions.
Ultimately as a leader he was held accountable for his actions, and this is what led to his exit.

Join our Newsletter
View all

A key goal of the Step Beyond programme is to train leaders across various functions and regions to collaborate and to support each other while keeping our 2025+ strategy targets in sight. CLP’s collaborative and hands on approach has achieved great results, like increased networking, increased feedback competence and changes in style of communication.
Christoph Doerpinghaus
VP Sales, Jungheinrich AG
Next
TÜV Rheinland needs to attract, select and retain best-fit talent to become one of the best employers. In cooperation with CLP we uniquely designed according to our needs a "hybrid" e-learning and virtual instructor-led programme with the overall aim to increase our leader’s hiring competency. Today, we have a programme that is fun, comprehensive, short and makes fun.
Tanja Gerum
Global HR Development, TÜV Rheinland
Next
In 2021, Jungheinrich worked together with CLP to roll out Leading Leaders – an extended online programme targeted at 100 executives across 26 countries. Eight trainers delivered a total of 13 modules over 11 months and their success made a strong case for the value of virtual leadership programmes. Based on the feedback of previous participants, we are now ready to launch Leading Leaders 2022 in a hybrid format, which will combine the best of both online and face-to-face learning and networking. This year, we trust CLP once again with delivering a top learning experience to our executives
Claudia Ilinca Toderean-Dascălu
Senior Expert Leadership Development
Next

CLP's reputation and approach to Change Leadership inspired us. We appointed CLP as our partner because we believe that we need to work on the people-side of change as well as getting things done. We particularly liked CLPs customised approach based on a standardised and proven change approach. We are certain that the training will help our leaders in communicating and inspiring their teams to get on board with the changes outlined in our 2023 strategy.
Stefanie Preck
Former HR Director Region North Europe
Next
OpenSky needed to implement and anchor a cultural change and growth initiative for our cyber security business where all our leaders were fully involved and engaged. We needed to reinvent the business to adapt to a changing marketplace. Together with CLP we "squared the circle" to ensure lasting behavioural change, result-creating leadership training and we fostered continued collaboration to be at the pulse of our organisation.
Justin Jarski
Vice President of Operations
Next
" Thank you very much for making the LeadX program really happen." The nine days were full of astounding, interesting, awesome and useful information on leadership. We trusted and it worked! Thank you (and all in your team who supported) for LeadX,”
Hartmut Müller-Gerbes
Former Vice President Corporate Communications
Next
Sustaining our corporate culture change towards agile thinking and working, CLP trains our 1000ish leaders in how to execute the culture change and how to lead their people. This customised blended learning approach is highly experiential and participants report it is exactly what they need, whilst working on ‘the change’ and ‘their change’ cases.
Petra Heiden
Expert Change Management, Deutsche Telekom Technik GmbH
Next
Our top-leaders, including our complete executive board have gained from the holistic leadership development approach we chose to design and deliver with CLP. We are training our leaders in Self-Awareness and Self-Management, Entrepreneurship and how to enable others in times of uncertainty. We can see the value added and we are proud of this prestigious programme.
Dr. Silke Wechsung
Head of Corporate HR-Development & Diversity
Next
Our top-leadership development programmes Leading for Growth and Leading for Future are designed and run by CLP. We are conducting programmes in Europe, USA, China and India to strengthen our leaders’ capability to execute ZF’s strategy. Thank you CLP, for being such a reliable partner.
Uta Buchmüller
Human Resources ZF Group, Management Development
Next
Start now...